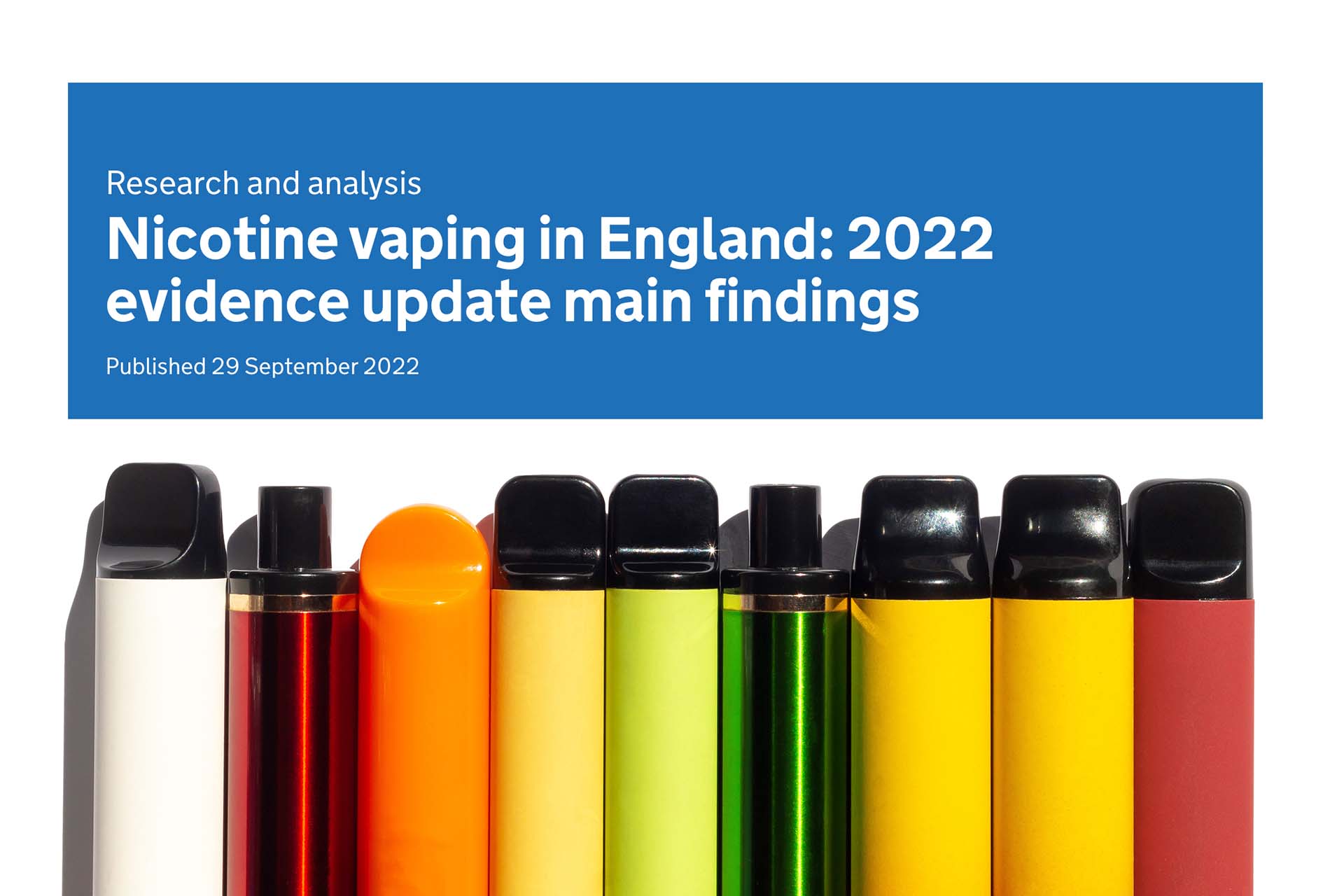 Back in 2015, it was first announced by Public Health England that their review on vaping proved it to be 95% less harmful than smoking. Since then, there have been countless studies and claims that have tried to undermine these findings. And now the Office of Health Improvement and Disparities (OHID) has released an evidence review.

One key finding that was noted in the review, was the level of toxicant exposure in biomarkers. The evidence suggested significantly lower exposure to harmful substances from vaping compared to smoking, as shown by biomarkers associated with the risk of cancer, and respiratory and cardiovascular conditions.

Not only this but short-term second-hand exposure showed no significant increase of toxicant biomarkers among those who did not smoke/vape.

Thereby the findings confirmed that in the short and medium term, vaping poses a small fraction of the risks of smoking, but is not completely risk-free, particularly for those who have never smoked.

An important note raised in the review was a call for standardisation and consistent methodologies for future studies. Currently, many studies focus on vapers who are ex-smokers, and evidence can be interpreted without considering these implications.

Youth vaping – an issue for all involved

Vaping prevalence in youth was recorded at 4% in 2021 and has since doubled to 8.6% in 2022. This included occasional and regular vaping. Importantly, the majority of young people who have never smoked also reported not vaping (98.3%).

Although the numbers are still low in comparison to other countries that have noted issues with underage vaping like the US, it is a creeping number that we should be aware of. There is much work to be done by the government, retailers and brand owners to ensure that vaping products remain out of young people’s hands.

What the vapers want

It should come as no surprise that the review noted an increase in the disposable device uses with 15.2% using them in 2022 compared to 2.2% in 2021. Despite this, tank-type vape products remained the most commonly used for those looking to stop smoking.

Flavours remained the same preference as in previous years with fruit flavours ranking the highest, followed by mint and menthol. The review did also note that there is limited evidence that some flavours have the potential to alter cellular responses (from animal and cell studies, not tested in humans), but less than what is seen with exposure to tobacco smoke.

It was also noted in the review that vaping products typically provided lower nicotine levels than that of smoking. Perhaps this may raise discussions on the topic of increasing the nicotine strength cap in the UK (which currently stands at 20mg).

The importance of knowledge and perception

The review stated that there is a strong need for inaccurate perceptions of vaping to be addressed. This is due to only 34% of adults in 2021 accurately believed vaping is less harmful than smoking. Similarly, only 11% of adults who smoked, knew that none or a small amount of the risk of smoking, was attributed to nicotine.

Clearly, there needs to be more work in raising perceptions and communicating the accuracy of information about the relative harms of vaping.

In conclusion, this new update from the government is a welcome addition to the vaping industry’s arsenal. There are still many arguments to be had with those who wish to be rid of vaping products, but this review only continues to solidify the evidence that vaping is less harmful than smoking.

Keep in the loop with Xyfil and the latest news in the vaping industry by watching out Info Hub.